Reclaiming Your Life after a Devastating Accident

You Should Not Admit Fault After A Car Accident

The immediate aftermath of an accident can be scary and disorienting. You might wonder what just happened and who was at fault for the accident. You might even be sure that you are the one that caused the accident. It's possible to feel some guilt for being involved in an accident, but it doesn't mean you should admit fault.

Here's why you should never admit fault after a car accident. You might be denied damages in a court cause if you were injured — and it turns out to be the other driver's fault.

You Will Be Responsible For The Damages

If you admit fault right after the accident, or even in the days afterward, the insurance companies will find you liable and you will have to pay for any damages caused. This is true even if the case never goes to court. While you might think you were at fault, this might not be the case.

The other driver might state that you were the one at fault for the accident. They most likely will have their lawyer and insurance company try to pressure you into admitting that you were responsible, but never say that you were. There may have been extenuating circumstances involved such as a third car swerving into your lane that took off, or pedestrians crossing the road for example.

The Police Report Can Go Against You In Court

At the accident scene, if you admit fault to the police and the other driver also states that you were responsible, the police will put that into their report. This report will be given to the courts and help build a case against you by the other driver's lawyer.

This police report can very well go against you in court. The police will investigate the accident but with an eye on what you told them as well as what the other driver said. This means the may already have a view that you are responsible and are looking to prove it.

Instead, if you only say what you think happened from your perspective, the police will investigate accordingly. They may find the accident was not your fault but caused by a medical issue or mechanical failure, or even road conditions.

Your Insurance Rates Will Go Up

It is also possible that your insurance company might drop you as a client, and you might find it hard to find a replacement. This accident will remain on your driving record for some time, and many insurance companies might not want to deal with you especially if the accident was serious enough. 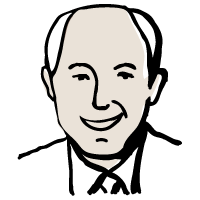 Have you recently been injured at a sports event? Perhaps, you fell down a flight of stairs at a football stadium. Or, you may have slipped on someone’s spilled soda at a baseball game. Regardless of what type of injury you sustained, you might be in constant pain. You may not even be able to work. If you’re suffering from an injury you received at a sports event, consider reaching out to a reputable accident and personal injury attorney in your area of the country. This type of lawyer can inform you if you might be eligible to receive monetary damages. On this blog, I hope you will discover the most common types of cases accident and personal injury lawyers handle. Enjoy!